Share a memory
Obituary & Services
Tribute Wall
Read more about the life story of Eleanor and share your memory.

Eleanor Leiwapine Bingman passed peacefully at home with her loving family on Monday, December 26, 2022 at the age of 95. Born June 5, 1927 in Honolulu, Territory of Hawaii, to Agnus Poliahu Kaawa and George Strauss, Eleanor grew up as a typical island girl enjoying the beautiful beaches and tropical paradise and summers on Molokai with her grandmother and cousins chasing mice through the pineapple fields. When she was 14 she and her sister Dorothy sailed on the Matson Line to join their mother and husband, Robert T. Brooks, in San Francisco, California. After she graduated from high school, Eleanor went to work at the Presidio for a Colonel who ran the motor pool. It was at a company party that she met the love of her life, Max Eugene Bingman. They were married on October 10, 1947 after Max was discharged from the Army. The newlyweds drove to his home town of Moscow, Idaho where they raised four children, and spent 70 loving years together until Max passed away in 2017.

Eleanor worked nights on the switchboard at General Telephone, was a secretary for twenty years at Bielenberg, Anderson & Walker, attorneys at law, and a secretary at the Moscow Latah County Economic Development Council. She was an active member in U.S. Jaycee Women (Jayceettes) and traveled across the country with Max to numerous U.S. Junior Chamber conventions and meetings.

Eleanor loved cooking, canning fruits and vegetables, sewing, crocheting, knitting, gardening and taking care of her growing family. She made beautiful leis out of yarn and ribbon and grew extraordinary orchids. She regularly played bridge and was a charter member of the bowling league at the Bowl-a-Rama. She baked cookies for the neighborhood kids and was a volunteer reader to first grade students at Lena Whitmore and Russell Elementary schools. Eleanor was an avid supporter of her sons’ sporting events and loved the Vandals, Mariners and Gonzaga basketball.  She loved traveling with Max to Hawaii where they would swim and enjoy the food, culture and family of her island home. Eleanor loved Christmas and holding hands with her everlasting love, Max. The family is thankful that they were able to spend one last Christmas with her before she was called to heaven to hold hands with Max once again.

Eleanor is survived by daughters Cathy Crowser of Oceanside, California and Connie Ricketts of Moscow; sons Randy Bingman (Carla) of Sherwood, Oregon, and Bob Bingman of Moscow; six grandchildren and seven great grandchildren. In addition she is survived by her sister Eloise Anderson, Everett, Washington, and brother Robert Brooks, Brier, Washington. She was preceded in death by two brothers and three sisters.

The funeral services  will be at 1 p.m. December 30 at Short’s Funeral Chapel, Moscow. A graveside service will follow at the Moscow Cemetery. The family suggests memorial be made to Parkinson’s Foundation. 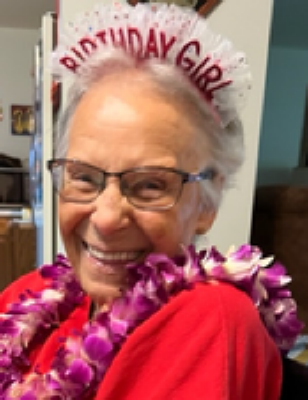