Share a memory
Obituary & Services
Tribute Wall
Read more about the life story of Eugene and share your memory.

Eugene “Gene” Wesley Gourley, 62 years old, moved on to Heaven Tuesday, Oct. 25, 2022.
Gene, was born on June 23, 1960, to Gordon and Verlene (McCoy) Gourley in Moscow. At a young age, Gene always kept his parents on their toes with his shenanigans during and after school. During his marriage to Cassie Bosse, Gene’s pride and joy, his son David became a part of his life. There are hardly any stories that didn’t involve the two of them. Gene loved his grandsons, Owen, Liam and Myles. They reminded him of “little David” and the memories he had with his son.
Gene worked at Washington State University for 35 plus years. He enjoyed his duties and visiting with those he met on campus. He has received several letters from students thanking him for keeping them company or even giving them a protein bar on those long nights of finals week. He wasn’t just a custodian; he made a difference in peoples’ lives.
Gene enjoyed taking trips down to Arizona during the winter to go visit is mother and father. He wasn’t much of someone to take time off or travel, but that was always a time of the year he looked forward too. You could always find Gene with his father having lunch and visiting for hours losing track of time. Gene also enjoyed time up in the mountains. He enjoyed staying in the cabin with his son, logging with his dad, and having picnics with his brother’s family and everyone else. He always liked to make the comment “it is so peaceful here, just listen to the wind in the trees”.
Gene joined the Washington National Guard in 1981 and transferred to the Idaho National Guard in 1983. Gene was a part of the CO B 116th Engineer Battalion and ranked as SGT Eugene Gourley. He would always have interesting stories about his adventures in the National Guard that he loved to share and talk about. It was his honor to serve in the military. He had lasting memories.
Gene is survived by his son and daughter-in-law, David and Maria Gourley, his grandsons Owen, Liam and Myles; his father Gordon Gourley, his brother Gale (Tracie) Gourley and his nephews, Aaron Gourley and Michael (Kalie) Gourley.
Gene will be laid to rest on Thursday, Nov. 10, 2022. There will be a funeral service held for Gene at 11 a.m. at the Moscow Church of the Nazarene, 1400 E. Seventh St., in Moscow.
Flowers are appreciated. In lieu of flowers, donations may be made to Moscow Church of the Nazarene. 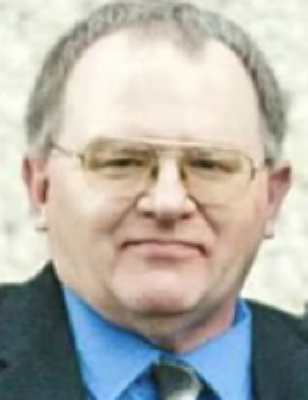