Share a memory
Obituary & Services
Tribute Wall
Read more about the life story of Jeannine and share your memory.

Jeannine Petersen, 87, moved from Good Samaritan Village in Moscow, right into the arms of Jesus on Friday, October 21, 2022.

Born Nova Jeannine Blaylock on August 13, 1935 in Lubbock, Texas, Jeannine was the 7th of 8 children born to Forrest and Vida (Acuff) Blaylock. Her father passed away when she was 10 years old. Her mother gathered her younger children, packed up the car and moved to Salinas, CA in 1941. Jeannine shared many memories about life in Salinas during WWII: from the food and gas rations, her mother driving home from her laundromat  job with the lights out, hanging blankets over the windows during blackouts, and a soldier knocking on the door if it wasn’t done correctly.
But there were good memories, too. Walking to and from school with her big brother, Troy, saving enough pennies so she and her younger sister, Francine, could go to the movie shows or the rodeo, riding Nini the nice horse while Francine had to ride the mule, who, we hear, was not so nice. Jeannine and Francine created many memories while their niece, Jackie, lived with them. Only 3 years younger than Francine, the three girls were very close. Those were the good memories during the hard times and Jeannine cherished them her entire life.
Jeannine, big brother Troy and little sister Francine moved with their mother to Moscow, Idaho in 1949. Jeannine met Bernard Petersen in 1950, and they married in 1955. They lived at the Petersen family farm in the Lenville area. Jeannine settled into the farm life and worked hard for years cooking for hired men, feeding cows, gardening, canning, sewing and other farm chores. She babysat neighbor children when needed.
Jeannine and Bernard adopted daughter Debra in 1959, and daughter Dawn  in 1961.
Jeannine was a member of the Moscow Garden Club. She loved growing flowers, and she entered many arrangements in the Latah County Fair.
Before Bernard’s death in 2004, he and Jeannine spent many weekends traveling to gun shows, cruising around in their little MG, and spending time with the grandkids. After she became a widow, she went on many trips with the “Roadrunners” senior group, and spent time with friends having coffee and shopping.

Jeannine was preceded in death by her parents, brothers Ralph, Earl, Edward and Troy, sisters Zula and Maxine.
She is survived by her sister Francine (Sam) Roos of Sandpoint, ID, daughters Debbie (Jeff) Meshishnek, Dawn (Brad) Foiles-Roach who all live on the family farm, grandchildren Chris, Lisa, Jeffrey and Jason, and four great grandchildren.
There will be a graveside service at 1 PM Friday, October 28 at the Moscow Cemetery followed by a gathering at Debbie’s home.
Donations may be made to the Genesee Ambulance Fund or The Lewiston Children’s Home.
Jeannine’s family would like to sincerely thank the caring people at Good Samaritan as well as Marie from Hospice for taking such great care of Jeannine. We are truly grateful. 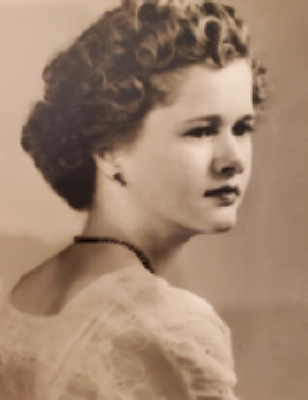