Share a memory
Obituary & Services
Tribute Wall
Read more about the life story of Kenneth and share your memory.

Kenneth Vernon Garrett of Moscow peacefully passed away January 17, 2023 at his home surrounded by his devoted family.  Ken was born December 23rd, 1931 at a family home in Deary, Idaho.  Ken was the oldest of three children including Norman & Shirley.

Ken worked for the Clearwater-Potlatch Timber Protective Association as a teenager during the summers.  After graduating from Deary High School in 1949, he worked for them full time until the snow got too deep and he decided to seek more education.  He went to trade school in Spokane to learn telegraphy and railroad accounting, and worked as a depot agent for the Milwaukee Railroad until he was drafted into the Korean War.

Ken served in the U.S. Army during the Korean War from 1952 to 1954 as a corporal receiving 2 bronze service stars. After his military service, he attended the University of Idaho and graduated with a master’s degree in accounting and CPA.  Ken was always a dedicated hard worker while building his own public accounting business in Moscow for the duration of his 32 years with the final 10 years being associated with the firm of Hayden, Ross & Co. retiring in 1993.

Ken met the love of his life, Dixie Marjean Terry, during his sophomore year in 1956 at the University of Idaho.  After a short whirlwind romance, they were married on June 25, 1956. They were always devoted, loving and kind to one another instilling these good values in their four children and grandchildren.

Ken was Justice of the Peace for a while, at which time he lost much sleep performing marriage ceremonies for 50 or more couples.  He enjoyed hunting, fishing, family camping trips, snowmobiling, huckleberry picking but always seemed to have an empty bucket and years of enjoyment spending time at their Coeur d’ Alene lake cabin shared with the Bailey family.

After retirement Ken & Dixie enjoyed traveling and camping in their RV, going on ATV adventures, enjoying their grandchildren and spending winters in Yuma, AZ where they built a winter home.  Over the years Ken & Dixie were both active in many community services through Jaycees, Lions, Chamber of Commerce, First Presbyterian Church, Elks, Scouting, snowmobile club and Northwest Travelers camping club.

A memorial service will be held later this spring.  Please donate to one of Ken’s fondest charities, the Northwest Children’s Home, where their mission is to foster healing and cultivate resilience in children and families for a brighter future.  (northwestchildrenshome.org)

Many thank you’ s to St. Joseph Family Hospice of Lewiston, Dr. Musa Modad and the many that helped care for Ken over the last seven years of his health decline. 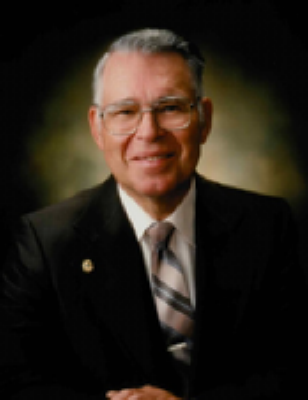