Share a memory
Obituary & Services
Tribute Wall
Read more about the life story of Mary and share your memory.

Mary Jean (Klostermeyer) Craig of Moscow, Idaho went home to be with her Lord and Savior Jesus Christ on December 22, 2022.  She died of pneumonia at St. Joseph’s Regional Medical Center in Lewiston after battling breast cancer for many years.  Mary Jean was born on August 3, 1946 to Dr. Edward and Jeanette Klostermeyer in Oakland, California, and moved to Prosser, Washington with her family in 1947.

Mary Jean has three sons, Andy Craig (Michelle), Jim Craig (Autumn), and Tom Craig (Jennifer), and nine grandchildren.  Her sons were holding her hands when she passed away and in the days leading up to her home going she was surrounded by family and friends.  Her closest friends say that Mary Jean was very proud of her family.  As an example of her love for her family, she vocalized being disappointed knowing that she would not be able to attend her oldest grandson’s wedding in August and would not be able to complete a wedding quilt for the wedding.

Mary Jean was active in 4-H most of her life, beginning as a 4-H member when she was 8 years old, and continuing as an active member for 11 years.  She won many awards, including earning a trip to the National 4-H Congress in 1963.  As an adult, she was able to continue to be active in 4-H, serving as an Extension Educator with the University of Idaho in Latah County from 1979-82 and Clearwater County from 1982-87.  In 1987 she transferred to the University of Idaho State 4-H Office in Moscow, serving as an Extension Associate 4-H/Youth from 1987 until her retirement in 2009.  Among many other accomplishments, she developed the Idaho 4-H Know Your Government Conference, which continues to impact hundreds of 4-H youth each year.  She was inducted into the Idaho 4-H Hall of Fame in 2014 and the National 4-H Hall of Fame in 2015. In November 2022, she received the Diamond Clover 4-H Award recognizing her for serving as a volunteer 4-H leader for 40 years.

Mary Jean was an active member of Bridge Bible Fellowship in Moscow, having served as a Sunday School teacher for decades.  She was also active in the Palouse Patchers and Alien Quilting groups.  Mary Jean was also a historian for her family and an avid scrapbooker.

Mary Jean was preceded in death by her parents, her brother Lyle Klostermeyer, and her granddaughter Lillian Craig.  She is survived by her three sons and eight grandchildren (James, Ellie, Rebecca, Owen, Elizabeth, Katherine, Grace, and Clara).

Mary Jean left an incredible legacy, not only through her children and grandchildren, but also by the positive impact she had on thousands of youth through her selfless service to 4-H and Sunday School.  She will be greatly missed. 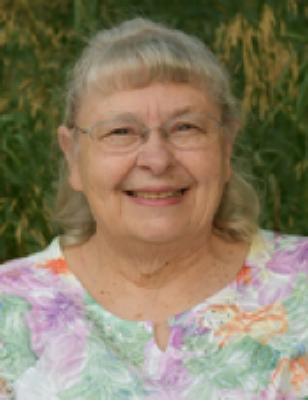