Share a memory
Obituary & Services
Tribute Wall
Read more about the life story of Neil and share your memory.

Neil Royce Manning was born in the beautiful Columbia Gorge, Stevenson, Washington on July 6, 1934, to Gladys Royce Manning and Neil Stanley Manning and passed away January 3, 2023 in Lewiston, Idaho. He lived in Stevenson throughout his youth and graduated from Stevenson High School in 1954. He joined the Air Force not long after graduation and upon the end of his enlistment he enrolled in Washington State College (now, University).

He married Sharon Levden on February 29, 1960 and two children were born, Neil Royce Manning, Jr. and Kathryn Lynn Manning Walker. They later divorced. He worked at various jobs while going to WSU, Taxi driver, short order cook, construction worker and finally the Washington State University Police Department in 1970, retiring in 1998. It was during his time with the WSU Police Department that he graduated from WSU with a bachelor’s degree in Criminal Justice. While with the Police Department, he was the Armorer and Fire Arms Instructor for many years.

It was also during this time he met Iris Wilson Qualey who was working in the WSU Safety Division and they were married on June 28, 1981. He gained two bonus children, Laura Lee Qualey Clark and Galen Qualey from this union. They departed on their honeymoon in Royce’s Ford Van that had airplanes from World War I engaged in a dog fight painted on the sides. This attracted a lot of attention especially from a motorcycle rider that slowed down to examine all sides of the van. During their marriage of 41 years he and Iris traveled extensively in the Southwest and because both of them were interested in anthropology and archaeology many of their vacations ended in ruins. He especially loved the Northern New Mexican food and the hotter the chiles, the better. They traveled extensively in Spain, and also less so in Portugal, Italy, Baja California, Mexico and Peru.

They were scheduled to travel to China in 2007 but Royce had broken his ankle before the trip so was unable to go but Iris did make the trip. He had a dry sense of humor and getting him to smile for a picture was an accomplishment. However, if the photographer was clever they could catch him with a smile in an unguarded moment. He loved to tell the stories of when he and one of his longtime friends were on the rodeo team for WSU and when he finally rode a horse for 8 seconds, he wasn’t sure how to get off as he’d always been bucked off before. After he and Iris were married he took up downhill skiing and one winter they decided to go to the Southwest to ski where they skied heaven and hell, Angel Fire, New Mexico and Purgatory, Colorado.

He and Iris retired in their longtime home in Pullman and enjoyed the daylight basement that Royce had finished in 1989. He was a master craftsman when it involved wood and had used knotty pine and cedar in this project as well as finishing the cabinets in the kitchen. In earlier years he’d been a gunsmith and had made many beautiful gun stocks.

After he retired he made knives with his usual flare finishing the wooden handles. He had many problems with his back over the years and were getting worse so In 2009 he and Iris moved to Lewiston to a single level house as the stairs in the Pullman house were becoming harder for him to climb. While living in Lewiston he gained notoriety for his strong margaritas. He didn’t realize that there was tequila in the mix so he added more when he made the drinks. There were a lot of happy people there!

A memorial service will be Monday, January 9 th , 1:00 at Short’s Funeral Chapel, 1225 E. 6 th Street, Moscow, Idaho. There will be a reception afterwards at The Best Western in Moscow after the service. Memorials can be given to a charity of your choice. 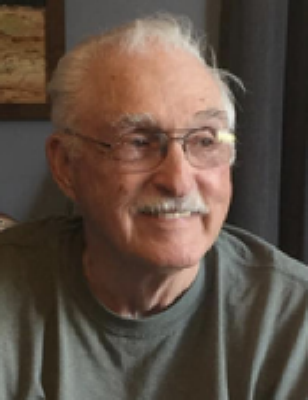