Share a memory
Obituary & Services
Tribute Wall
Read more about the life story of Paul and share your memory.

Paul James Million, beloved husband, father, papa, grandpa, and friend was welcomed into the arms of Jesus on December 21, 2022.   A memorial service will be held at the Moscow Church of the Nazarene on Friday, January 6, 2023 at 2:00 p.m.  A viewing will be held at Short’s Funeral Chapel in Moscow on Thursday, January 5th from 12:00-6:00 p.m.

Paul was born November 14, 1938 in Garfield, Washington.  The Million family relocated to Moscow when Paul was seven years old.  He graduated from Moscow High in 1956.  Paul enlisted in the Army later that year, serving as a military policeman and eventually receiving training as a radar repairman.  The training he received in the army and his wide-ranging mechanical skills served him well throughout his life.  Paul worked for Western Valley Seed, later Crites Seed in Moscow for over 40 years, eventually retiring to spend his “golden years” at the home place east of Moscow where he grew up and where he had raised his own family.  That home, where Paul lived since the mid-forties, holds a special place in the hearts of the family.  We can see him starting his day, interested in whether there was frost last night, conferring with the barometer, listing tasks that need to be done, checking whether deer had gotten into the garden, and testing the physical limits of how many cups of coffee can be made by re-using a Keurig pod!

Paul was a faithful member of the Moscow Church of the Nazarene from childhood and loved serving the church.  For decades you would find him as a greeter at the front door and involved in ministries behind the scenes.  Service, consistency and generosity are just a few words that come to mind when reflecting on Paul’s life.  We also remember his smile, a friendly wave to his neighbors… even if they were driving a little too fast by the house, commitment to his family, love of gardening, and helping mom in the upholstery shop.

Paul was preceded in death by his parents, David and Vera (Denison) Million; brother John; sisters Ena Riddle, Nancy Lytle and grandson Shawn Apperson.  He is survived by his loving wife of 56 years, Joan; five sons, Marlin (Karen), Duane, Andy (Myrna), Randy (Kim), Darin (Sabrina); three daughters, Kathy (Bob) Kitzmiller, Connie (Dean) Colvin, and Lorrie (Lyndon) Frazier; 28 grandchildren, 25 great-grandchildren, and 1 great-great-grandchild.   Its hard not to be sad as we reflect on our loss with the passing of this cherished man, but we rejoice that he is now with his Lord.

The family would like to thank Dr. Bouchard for his excellent care of Paul as well as the staff and Chief Nursing Officer, Sue Boydston, at Aspen Park. 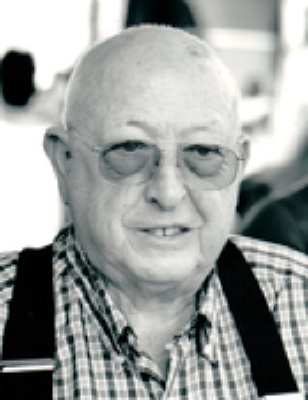